Every now and again, a striking female bursts into the charts with an incredible album and image, creating a media frenzy - and they tend to be platinum blondes. There is something very powerful and brave about sacrificing any claims to natural beauty by bleaching the hell out of your hair. I could never do it, but these high-profile blondes do it for us, and as a result become iconic. Madonna did it in the 80s, Gwen Stefani in the 90s, and now Lady Gaga has come to rock the naughty Noughties. Actually, Gwen ruled most of the Noughties as well, before she ditched the Alice in Wonderland couture in favour of marriage and babies.

These three have something in common that I can't quite put my finger on - all seem to be savvy media machines with a closely monitored 'look' - in Madonna's case this changes every couple of years, while Gwen flits from 50s screen siren to funky ska princess and Gaga sticks with her geometric modern-art creations and sunglasses. They all work with the hottest producers and have a huge element of theatricality about them; Madonna is famed for her crucifix hanging, self-loving, MJ-resurrecting live shows, and the other two are also all about costume, spectacle and fantasy. They are neither really credible nor completely uncool - festival-goers and clubbers love a bit of Gaga (who has a foundation of credibility from her days as a New York performance artist), Madonna has always had a certain aura of re-inventive cool, and Gwen's No Doubt debut and ska/hip-hop influences elevate her above her contemporary pop puppets.

I was listening to Lady Gaga's latest smash Paparazzi the other day, and there's just something inescapably catchy about it. It has all the ingredients for a ballsy blonde hit - powerhouse vocals, ridiculous beats, smart lyrics and a melody that will burrow into your brain and refuse to depart. She sounds very Gwen circa Love Angel Music Baby (an exceptional and more experimental album than Lady G's, I must add).

This isn't bubblegum pop; it's darker than Britney, less try-hard than Christina. Whatever people say about Gaga (especially that she's not much of a looker when off-duty - why should she be? She's an image, a character - there's no claim to model looks there) I personally think her album is a candy shop of perky hits, with a signature style and great production. Madonna may have lost it in recent years (put DOWN the fillers and pick UP a nice M&S frock) but I have every faith Gwen will bounce back with an unexpected album with even crazier inspirations than her Harajuku obsession and Wonderland style.

There is no real category for this type of diva, but I think they should be placed above your everyday female artists for boldly going to bigger, better and blonder places with their music. 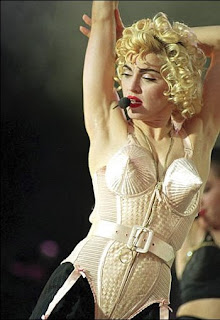 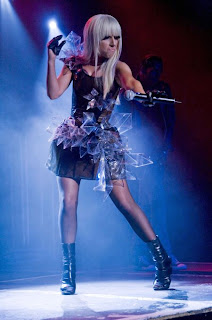 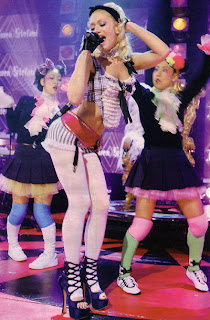